In Israel, Even Science Is Fun

You may not know it but I'm a bit of a science geek. No wonder, considering I was originally trained as a biologist. And I found plenty in Israel that appealed to the geek in me. All of the venues below, except the first, are hours outside of Tel Aviv but well worth the trek whether you are or are not fascinated by science. 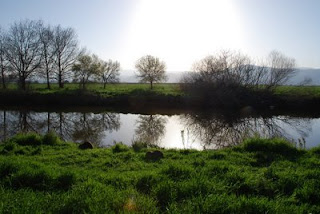 1. Imagine transforming a garbage dump into an eco-friendly landscape. That's what they've done at Hiriya Garbage Mountain on the outskirts of Tel Aviv. The mountain rose to its present almost 300-foot height because of some 16 million tons of garbage dumped . If you're part of a group, they'll give you a tour that includes driving to the top of the mountain where you've got amazing panaoramic of downtown Tel Aviv and its outskirts. But more amazing is the visitor's center where everything is recycled. A boldly-colored central desk, chairs, pillows, ceiling ornaments, some resembling giant flowers, are all recycled. The desk is made of plastic bottles, the chairs are constructed of car tire inner tubes, cans, and old billboard materials. Another ceiling fixture is made of found objects that include toys, a guitar and toilet seats which all seem to work together. This center for environmental education is fascinating because nothing looks like it's been recycled. And from a design perspective, it's all engaging. Even more interesting is the fact that they've developed a pilot project -- the first in the world -- to produce electricity from organic waste. Ultimately there will be a leafy park with a large network of biking and walking paths.

2. The Weizmann Institute of Science will attract anyone, even those who are non-scientists and children 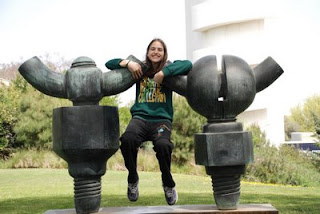 alike. This research institution that also has graduate study is doing some very cool research in nano-technology, cancer and alternative energies. If you make a reservation, you can do a self-guided walk through the lush campus -- even if you didn't want to check out the science, the spacious campus is a joy to walk through. On the campus you'll find multi-media exhibits dealing with everything from robotics to medical discoveries, the Weizmann house that's now a museums, and the open-air interactive museum of sorts referred to as the Clore Garden of Science you'll have plenty to keep your neurons occupied all day. Make sure to arrange in advance for the tour of the Clore Garden in English. Adults and children alike will delight in getting a whole new perspective on how waves, bubbled and rainbows form.

3. The Ben-Gurion University of the Negev -- The Jacob Blaustein Institutes for Desert Research is located in the Negev, a dry triangular parcel of land that gets the least amount of water in the entire country. So no surprise that they're doing quite a bit of water as w 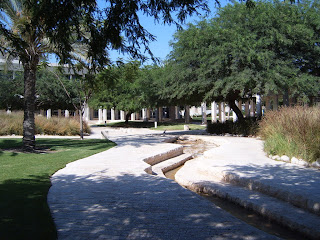 ell as solar research. (They're hoping to tackle all of Israel's water needs by 2020 by technology that efficiently takes the salt out of water.) Make a reservation and you can not only check out the facilities -- they've got the worlds largest solar dish and it follows the sun and could power some 25 homes -- but you can chat up with the grad students.

4. The Morad Winery is another real surprise because this family-owned business makes "wine" -- really sicar -- by fermenting just about any fruit, vegetable and herb. That is, except for garlic and hot peppers. I tasted eight different varieties, but by far my favorites were the grapefruit, passion fruit and almond. Yes, you heard right. The Morad family makes a liquor from almonds. None of these were overly sweet but they were plenty flavorful. They've got liquor that comes in 45-some flavors. Plus, asi 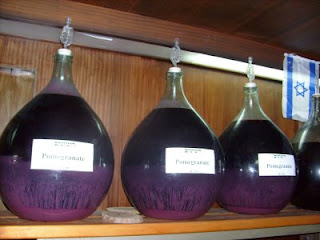 de from the tastings, you'll meet one or more members of the family, watch a fascinating video to see how the older Morad got into this business and how the fermentation occurs, and you can also see different stages of the fermentation process yourself.

5. You'll learn plenty about birds and bird migration by spending some time at the Agamon Hula Valley Nature Reserve. There are several ways of visiting this vast green farmland that was once a swamp, which was drained and then rewatered to attract thousands of different birds that winter here and fly over on their way to either Africa or Europe, depending on the season. My favorite way of visiting is to take one of the bicycles and pedal along the almost seven-mile paved loop trail keeping your eyes peels for cranes, pelicans, ibis and other birds. But, if you want to navigate to addition viewpoints, then you'll have to board a tractor-driven wagon -- because these more "hidden" areas are off limits to everyone else. The reserve also hosts night visits where you may spy owls and fruit bats as well as sunrise visits when you might be treated to some beautiful bird songs. You definitely don't have to be a bird watcher to appreciate this place. Just come with a love of nature.

Posted by J The Travel Authority at 7:04 PM

What a fascinating angle on an Israel trip! Good for you, Jeanine, for drawing outside the lines of the usual Israeli trip.

Hi Vera, Yes, wherever I visit, if there's some science angle, I'm there. Thanks for visiting and commenting.
Jeanine