It's A Green Washington, DC

When I'm in Washington, DC and the lines are building around the all too familiar sights, including the monuments around the National Mall, I head to two of my two favorite museums, which see fewer crowds: the International Spy Museum -- probably because, as a kid, I always wanted to be a spook -- and the National Museum of the American Indian -- because I studied Native American religions in college. At this latter museum, the landscaping is a vital part of the museum, which completely reflects Native American culture and beliefs.

You probably are well aware that I prefer to spend most of my time outdoors, exploring the serene side of cities. These are highlights of green spaces in and around Washington, DC. 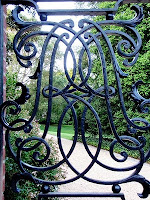 1. Just minutes from the Metro, Theodore Roosevelt Island provides the opportunity to walk trails deep into a forest lush with hickory, oak and sycamore. Many hikers comment how this island feels like a vast wilderness, though it's just stretches barely 90 acres.

2. The Mt. Vernon Trail is an 18-mile path that allows you to bike, jog or walk from Theodore Roosevelt Island to Mount Vernon. Paralleling the Potomac River, the trail gives you places to fish and picnic, bird watch in Dyke Marsh Wildlife habitat or rest among white pines in the Lady Bird Johnson Park 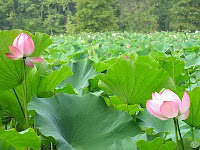 3. The unexpected is surely alive at Kenilworth Park & Aquatic Gardens, which is not only a national park but it has the distinction of being the only one devoted to water plants. While so many of the district's wetlands that were long used by the Native Americans have since been obliterated, luckily, in the 19th century, Walter Shaw, a nature lover, bought this land and cultivated water-loving plants. As a result, the land still retains some of its original wetlands that border the Anacostia River. And, carpeting the property is an abundance of water plants, more than 100,000, including rare lotuses and water lilies. But, when wandering about, take the time to walk the short River Trail that runs from the marsh that surrounds the gardens to the river. You'll likely be able to observe blue herons, muskrats and beaver.

4. Dumbarton Oaks Gardens is a welcome retreat from the heat and chaos of downtown D.C. This ten-acre terraced property, a private estate, has plenty of winding paths and walkways past cherry trees, lilacs, dogwood, pools and fountains. What makes this site so unique is it's design: you'll prowl around the property and find different spaces or garden rooms, as they're referred to, that are only visible once you've stepped into each. This effect is achieved by virtue of gates, walls and a plethora of other barriers that make this garden a wealth of surprises.

5. Just five miles from the White House, Rock Creek Park remains as wild, in parts, as in the 1800s. Don't be surprised to see deer in the almost 1,800 acres of fields and ravines and forest lush with dogwood, beech and sassafras. Hikers and walkers enjoy the six-mile Blue Trail that follows the east side of the creek or the equally long Green Trail on the western ridge of the park.

6. The 184-mile Chesapeake & Ohio Canal, aka C & O, towpath is a quiet, shaded path where mules once towed boats carrying coal, timber and tobacco, can be tackled by joggers and cyclists alike. You certainly don't have to do the whole path. In fact, it's quite common to see weekend athletes running or biking a small portion of this trail after work or on a weekend afternoon.

7. A short drive from the Capitol, Great Falls Park is a perfect venue for experienced kayakers who negotiate treacherous rapids as the Potomac speeds over jagged rocks and drops almost 80 feet in one mile. Stretching along the Potomac, the park also provides several hiking trails where walkers scramble over rocks, stop at bluffs for spectacular views of the narrow Mather Gorge, and trek through forests and swamps.

8. More leisurely treks are found at the U.S. National Arboretum, which occupies more than 400,000 acres. Visitors can wander through the Fern Valley on a path along a stream and across a prairie and meadow. An extensive network of trails leads to a garden of dwarf conifers, an elaborate herb garden with 800 kinds of herbs and an Asian collection along the Anacostia River.


After all this walking, jogging, hiking or biking, at the end of a day I prefer to unwind at the chic Hotel Palomar DC, a boutique property that's not only conveniently located near the Metro, but also offers a complementary wine tasting.

Posted by J The Travel Authority at 9:18 AM 7 comments

When I look back on my travels, I go through my T-shirt collection. Yes, you read that correctly: T-shirts, not photos. Sure, most people love to browse through their photo albums or slide shows on their iPad to reminisce about their vacation. But I have to be a bit different. Sure, I shoot plenty of photos to either accompany my story, as a way of documenting a trip, or as an artistic exercise. But I prefer to collect odd or unique T-shirts from my travels as a way to remember a scenic hiking trail or a restaurant that served the best Key Lime pie. My T-shirts also serve another purpose: When I wear them on my journeys, they become conversation starters.

I recently guest blogged on my favorite sourvenirs, T-shirts from my travels, for Pam MacNaughtan at Spunky Girl Monologues.
continue reading "Remembering Travel With T-Shirts"

Posted by J The Travel Authority at 2:04 PM 24 comments

Miamians are certainly not ones to sit still. How could they, when year-round warm weather and miles of sand and sea seduce them to play? But vacationing in Miami also often seems synonymous with navigating the club scene that's still colorful at 5 a.m. When I visit, I try to stay at a low-key hotel, the Angler's Boutique Resort, and spend my time at these nature spots that are plenty vibrant: 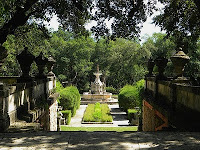 1. In 415-acre Bill Baggs Cape Florida State Park, four miles of trails course past a subtropical forest of gumbo limbo and pigeon plum trees and mangrove wetlands that once flourished in Florida. You're bound to spy numerous butterfly species and maybe even a rare peregrine falcon.

2. The two-mile Fossilized Reef Trail winds to a unique geological feature -- visible at low tide -- at Crandon Park's Bear Cut Preserve. On the way, you'll likely encounter a variety of birds, from white ibis to cormorants.

3. Just 20 minutes from downtown, Oleta River State Park is a perfect venue for kayaking along the mangrove-lined Oleta River. This is also one of the state's best spots for mountain biking with some 14 miles of interconnecting single track beside waterways where you may spot dolphins or manatee.

4. At the Deering Estate -- once owned by philanthropist Charles Deering -- naturalists lead treks into a tropical forest where you’ll see a Tequesta burial mound from 10,000 years ago, an avocado tree grove from the 1930s, and a solution hole where they found wooly mammoth and campfire evidence from Indians 10,000 years ago. Guides lead numerous other treks, including bird and butterfly walks.

5. Villa Vizcaya, a land of excess owned by Charles's younger brother, the industrialist James Deering, recreated a 16th century Italian villa with rooms filled with European furnishings from the 16th to 19th centuries. The gardens, however, are the highlight of the estate with elements of 17th century French and Italian landscaping. Here you can spend half a day roaming the 10 acres dotted with lily ponds, cascading water, topiary, even a maze garden, and stone grottos.

6. Set on some 83 acres, the Fairchild Tropical Botanic Garden is home to a lush rainforest, the largest such outdoor forest in the continental U.S. More than 200 plants from the Caribbean, South America and Asia can be found on this property, including unique specimens, such as the rainbow eucalyptus with its colored trunk; and the powderpuff tree, candy corn vine and petticoat palm -- you won't wonder how each received its name.

7. You'll have a whole new perspective on plant life after visiting the Fruit and Spice Park. The park is noted for many unique species, including the lipstick tree, which is considered the poor man’s saffron, and the custard apple that has black fleshy fruit. This is a very interactive park where visitors can sniff bay rum leaves, and sample jackfruit, guava, chocolate pudding fruit and sapodilla.
continue reading "Miami's Natural Side"