I wouldn't call myself a hardcore bird watcher, but I'm definitely a tree hugger. So when I found out that hunters in Malta target song birds and endangered feathered creatures, I couldn't have been more shocked. Nonetheless, on my recent trip to Malta, not only did I get a chance to interview the intrepid campaign coordinator at the conservation group BirdLife Malta, but I also took a guided stroll through one of the country's leafy reserves that goes out of its way to protect migratory birds as well as a host of endangered plants. 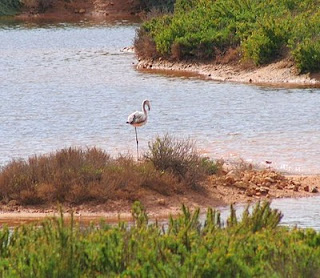 Posted by J The Travel Authority at 3:29 PM 12 comments

What I Love About Kuala Lumpur

Often, it seems that the sleek Malaysia capital of Kuala Lumpur is nothing but a mega hustle bustle metropolis dotted with space-age edifices that make architecture aficionados drool. But I found plenty of peace in this energetic city that’s the epitome of diversity. (Their cuisine that melds the flavors of their Malay, Chinese and Indian cultures is one of my very favorite.) These are my top picks for any visit to KL: 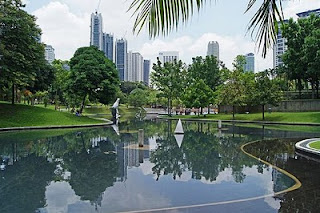 Lake Gardens -- KL has green spaces aplenty and this is an exceptionally expansive -- some 230 acres -- landscape. In this jungle-like acreage, I wandered the lovely, well-tended gardens, jogged along the paths, and walked the landscaped hills in the early morning when locals were performing tai chi. The best thing is that within this botanical garden are many of the sights below, including the Bird Park and Orchid and Hibiscus gardens.

Kuala Lumpur Bird Park -- Keep your binoculars peeled as you gaze skyward. Within the fine net canopy of the aviary you’ll see a riot of color as macaws, toucans, cockatoos and other birds fly about. There’s plenty of bird action on the ground as numerous wading species make appearances.

Butterfly Park -- The space is small and a bit rough and tumble in places, but if you’re a fan of butterflies and you’re patient, you’ll likely spy an array of specimens. I was lucky to spot an iridescent Malay lacewing with its bold red and orange scalloped wings. Other species revealed a glistening wisp of teal or lime green coloration amidst their dark bodies. But even more curious were the giant bug specimens in the insect museum. (I’m glad they were behind glass.)

Hibiscus Garden and Orchid Garden -- Strolling through these petite adjacent gardens couldn’t be more fragrant and relaxing. It’s appropriate to find the terraced Hibiscus Garden in KL, considering this is the Malaysian national flower. The myriad shapes, sizes and colors of the blooms in both gardens captivated my attention. No wonder many visitors decide to purchase a specimen to tend once they return home. 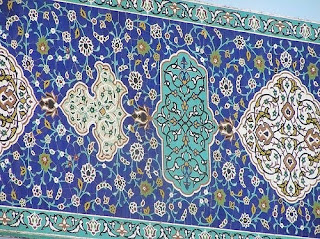 Islamic Arts Museum -- I wish I had a couple of hours to spend examining the extensive collections of jewelry, illustrated Korans, ancient almanacs, costumes and other striking items. On display I found on display some delicate ceramics, such as Iznik (referring to a town in Turkey) porcelain, as well as mother-of-pearl flasks from the Mughal Empire in the former Persia.

Dharma Realm Guan Yin Sagely Monastery -- A mere third of a mile from the sleek Petronas Towers, this is the epitome of a tranquil oasis. Dedicated to the Buddhist goddess of compassion, this retreat offers contemplative spaces with bonsai, mandalas and gilded statues. But a real highlight for me, however, was the extensive vegetarian buffet lunch with all manner of soy foods that even meat eaters would be hard pressed to not relish.

KLCC Park -- At the foot of the Petronas Towers, this park is planted with thousands of different types of flora. Joggers, like me, enjoy the short track that runs through this expanse with its water features. 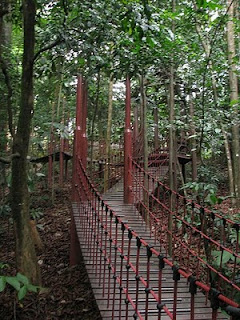 Bukit Nanas Forest Reserve -- KL doesn’t seem to have a shortage of verdant lands smack in the middle of urban chaos. Here, at the food of the KL Tower, I strolled a couple of well-marked nature trails (including the Merbau Trail) that network this jungle with its towering trees where I was treated to the sight of a macaque monkey. I had to watch my steps, though, because bird watching can be quite distracting here as well. It’s interesting to note that this is the city’s only remaining tropical rain forest.
continue reading "What I Love About Kuala Lumpur"

Posted by J The Travel Authority at 1:54 PM 11 comments

Finding hidden parks and gardens is one of my favorite past times when I'm traveling. But there are plenty of out of the way greenspaces in my own backyard. I'm blogged about some of these parks and gardens before. But recently I was asked to guest blog about some additional secret green New York City hideaways, in addition to elaborating on one of my favorite: GreenAcre Park that's smack in the middle of Midtown. 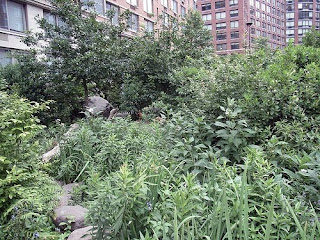 Verdant foliage can appear in the unlikeliest of places in Manhattan, including in the atrium of a skyscraper or in the narrow alley between two brownstones. Exploring New York City slowly on foot is the way to find the attractions beyond most guidebooks.

Posted by J The Travel Authority at 3:58 PM 17 comments 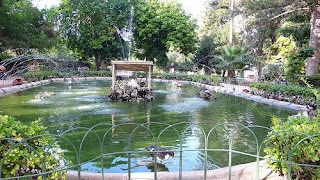 Whether venturing down narrow cobbled lanes in the capital city of Valletta or wandering around the less visited locales in the central part of the country, you'll find Malta restaurants that radiate authenticity.
continue reading "Making the Most in Malta"