When I am traveling to a destination for the first time, in order to really get a feel for the land and its people, I like to hit the road. That means taking it slowly, often by walking the urban streets and taking to the nearby trails in the surrounding landscapes.

That's what I did on my trip to Malta where I explored the capital city of Valletta, a UNESCO World Heritage site as well as the greener and more laid-back island of Gozo, the second of the three inhabited isles in this archipelago. And, thanks to the insights of Culture3Sixty, a bespoke travel company, I was able to avoid all the usual well-trodden sights, in favor of the hidden treasures I crave.

I recently wrote about my unique walking adventures in Malta for National Geographic Traveler's Intelligent Travel blog. Among my three treks, I checked out a tour that put me in touch with the ghostly inhabitants of Valletta, walked through a verdant landscape to see some unique works of art thanks to Art Walks led by artist Hermine Sammut and wandered along a golden moonscape to discover how the locals still gather sea salt.

Posted by J The Travel Authority at 3:46 PM 10 comments

Sure, I'm ever prepared when I'm traveling to far flung lands. I've blogged and guest blogged about how I rarely check luggage but always manage to pack a well-supplied first-aid kit and other cool gear so that my travels are hassle-free. Now I was interviewed at Limite Magazine, a design and lifestyle publication, about what I carry in my everyday bag in Manhattan. You'd be surprised how well prepared I am on a daily basis. 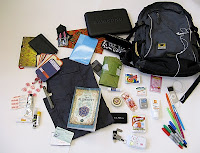 Check out the array of cool products I carry around with me. They all have something in common: they're all small in size, function efficiently and are of good quality.
continue reading "Savvy Packing in New York City"

Posted by J The Travel Authority at 2:42 PM 22 comments

There are plenty of light shows in and around Las Vegas but the ones I prefer have nothing to do with the Strip. Surprisingly, this overdeveloped city has some pristine patches of wilderness just a short drive from erupting the volcanoes and Egyptian pyramids that capture tourist attention along the Strip. Sure, when I’m in town I hit the craps table for one to two hours, making sure I quit while I’m ahead. But I prefer to stay off the Strip -- at the lower-key boutique Rumor Las Vegas that is thankfully free of a casino.

These are three venues where I spend a lot of my time when I’m in Vegas:

1. Just 45 minutes from the spinning roulette wheels is a wilderness area with almost blinding colors, so intense you may wonder if you've stepped on the surface of the sun. At Valley of Fire State Park, light explodes off the red, mauve, vermilion and white-colored sandstone in Nevada's oldest park in stark contrast to the surrounding drab brown foothills. With names like the Beehives, Elephant Rock, Balancing Rock and the Limestone Hoodoos, these otherworldly formations, resembling their names, are arranged almost like a unique sculpture garden. And scattered about are petroglyphs, Indian drawings and geometric symbols, probably from 225 million years ago. Hiking this park is almost like a treasure hunt. On a short trail to Petrified Logs, you'll find wood from ancient forests that had washed down and transformed to glassy stone millions of years ago.

2. Visitors can escape the chaos of Las Vegas by driving under 30 minutes to a serene, unspoiled landscape where towering sandstone formations replace Vegas' concrete canyons. Red Rock Canyon National Conservation Area with its artist's palette of terra cotta blending to rose, tan and alabaster, is ideal for a day getaway. Here, the driver, hiker or cyclist alike can experience sweeping scenery and rolling desert valleys. A one-way 13-mile road circles the canyon's perimeter where fifteen trails take hikers to the foot of rugged hilltops or across sandstone arches and domes. Driving this scenic road, you'll be surrounded by red- and buff-colored cliffs, yucca and Joshua trees and dense stands of pine that wash the mountainsides with hues of green. Easy walks cross flat beds of wildflowers or wander past stands of ponderosa pines. Strenuous hikes involve rock scrambling to waterfalls.

3. Instead of sweating at the craps table watching your supply of chips dwindle, cool off by jumping on a chair lift. At the Las Vegas Ski and Snowboard Resort and Mt. Charleston you can cross-country ski, horseback ride, camp, or hike.

Mt. Charleston is a place where you can get the whole family back to nature with sleigh rides in the winter and wagon rides in the summer. Even when it's sweltering in the valley, you'll find moderate 70° F weather at Mt. Charleston. For those weary of the almost monochromatic desert around Vegas, Mt. Charleston is a welcome change, where you will find dense stands of aspen, foxtail and white pine. There's hiking for all levels, from a thirty-minute walk to waterfalls to a difficult nine-mile climb to the 12,000-foot peak. Gone is the stale smoky air of the casinos, the endless chiming of slot machines and the stream of neon lights. Instead, you'll gaze at wildflowers in grassy meadows, smell the sweet aroma of ponderosa pines and hear the subtle rippling of streams. 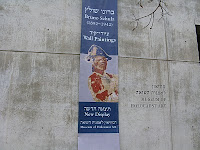 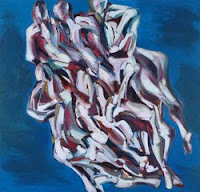 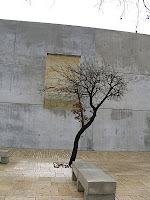 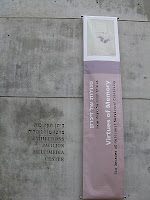 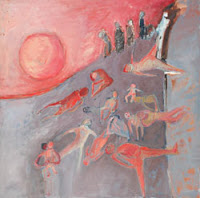 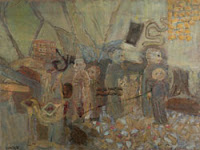