There's no lack of parks and gardens in London but it seems that four -- Hyde Park, Regent's Park, Kew Garden and Kensington Gardens -- seem to attract all the attention. In fact, when I told a friend who recently relocated to London that I would be visiting a roof garden and a medicinal herb garden, he wanted to tag along. He had no idea what I was talking about. 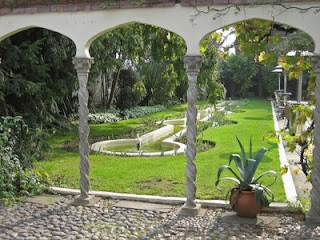 • The Kensington Roof Gardens literally sits on the top of a building down the street from Kensington Gardens. Once you get off the elevator and walk through the doors, you'll hear the sound of cascading water in this garden that's said to be the largest roof garden in Europe. Part of the garden sports an English woodland as well as Tudor and Spanish gardens, the latter reminiscent of the Alhambra.

• The Chelsea Physic Garden, founded in 1673, sits on four acres and features more than 6,000 species, including medicinal plants that allow visitors to trace the history of medicine. (Because I have a background in biology and medicine, exploring the plants that were used to make various drugs was oh, so fascinating.) This is also London's oldest botanical garden. 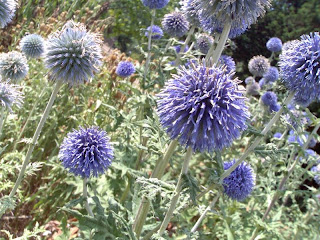 • There are parts of Green Park, next to the Ritz Hotel, where you won't run into anyone. Named for the dominant color, Green Park has no flower beds. Instead, you find rolling fields of grass and hawthorne, silver maple and black poplar trees.

• Sixty different species of wild birds have been spotted in 50+ acre Holland Park. Walk the woodland paths to the tranquil Japanese Kyoto garden with its small lake and stone lantern. (I always enjoy finding a Japanese garden in an unexpected locale.) You may even spy a white peacock. (I did.) Or visit the formal garden with geraniums and blue salvies. 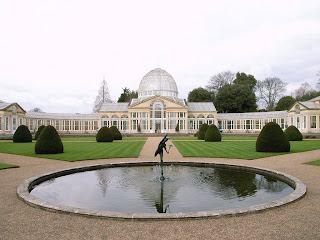 • Just across the Thames from Kew Gardens sits Syon Park with its conservatory housing exotic flowers, such as banana and pineapple plants. You can walk along the lakeside, and pass a woodland of oaks, maples and sweet gum.

Posted by J The Travel Authority at 5:11 PM

We're heading to London this summer. I will definitely check these out.

Hi MarthaAndMe, glad I could be of help. Hope you enjoy your trip in London.

I was recently in London but didn't go to any of these gardens. I can't wait to check them out next time I'm there!

Hi Anita and Jennifer, thanks so much for stopping by and commenting. Glad you like the pics. And, Jennifer, hope your next trip to London brings plenty of fun surprises. It´s always such a pleasure to find wonderful greenspaces.

I'm in the Chelsea / Kensington area this Friday but the CHelsea gardens are shut so the roof it is!