A Brooklyn Walking Tour For Those With Big Appetites

As our small group stood outside the New Utrecht Reformed Church under a pole where the district once flew the first American flag, essentially thumbing its nose at the British, Dom Gervasi, owner of Made in Brooklyn Tours, declared, “Bensonhurst is the Texas of Brooklyn.” The moniker seemed fitting for this neighborhood long dominated by big attitude. Once known for its mob connections and gang-related activities, the neighborhood formerly known as New Utrecht, one of the six original towns making up today's Brooklyn, didn't go the way of its not-so-distant but uber hip Brooklyn neighbor, Williamsburg. Instead, this now easy-going, primarily blue-collar district maintains its Italian-American roots while seamlessly melding with a United Nations array of immigrants from China, Central America, Mexico and Eastern Europe. Strolling through residential and commercial neighborhoods dominated by low-slung buildings, Dom showed off some of Bensonhurst's authentic food shops that are traditionally Italian-American. 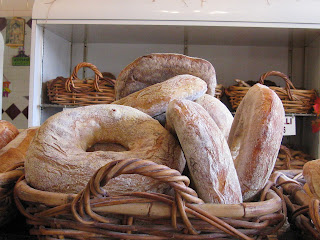 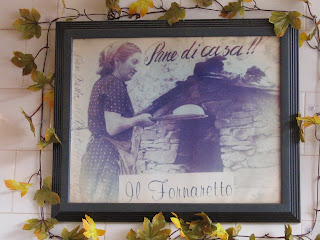 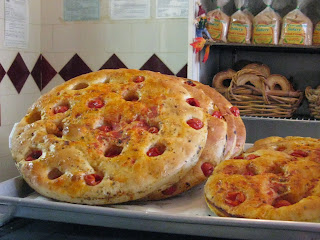 Panino Rustico, owned by a life-long resident, is considered one of the top panini eateries around. Though you might think that paninis are a U.S. construction, their trendiness goes back to Milan, Italy circa 1980 where well-to-do teens favoring American-made jeans, sunglasses and shoes, would hang out at Al Panino, a sandwich shop, hence the term paninaro to denote this culture. Panino Rustico, a two-year-old Bensonhurst-based eatery, serves up 34 different paninis, made with ciabatta bread from Il Fornaretto, a bakery that's just about seven blocks away. Among those I sampled, it was a tie between the prosciutto with fresh mozzarella, roasted red pepper, arugula and basil pesto; and the porchetta, smoked mozzarella and sauteed broccoli rabe. So I polished off both, which was probably not the smartest idea, given that our next stop was a premier hero joint. 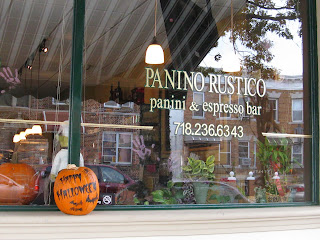 Lioni Italian Heroes crafts more than 150 different varieties, each named mostly for famous Italian-Americans based on ingredients that they preferred or, in the case of historical figures, what we presume would fit their personality, according to Bensonhurst native and owner Paul Despirito. Number 69, the Christopher Columbus, is packed with roast beef, sopressato, fresh mozzarella, Italian sausage and stuffed mushrooms. Number 60, the Marisa Tomei, heralds her love of eggplant; the Frank Sinatra includes his two loves: salami and fresh mozzarella, the ingredient originally attached to the Lioni name. Each sandwich is immense, stretching some 13 inches and weighing in at nearly two pounds. (I only had room for a small bite but took the rest of this enormous sandwich home for the next day's lunch and dinner.) In keeping with a days-of-yore vibe, we washed down our heroes with a Manhattan Special, a carbonated coffee beverage that dates to the 1890s. (Made in Brooklyn, of course.) “There are deep roots here,” says Paul who took over this 20-year-old business several years ago, keeping it much the same, including the smoking of their own mozzarella with hickory wood, and simply adding to an already successful menu. “This is Brooklyn,” reflects Paul who says that Lioni's gives you a taste of what it's like to live here. “We make sandwiches the way we would make 'em in our houses on a Sunday night,” adds Paul. 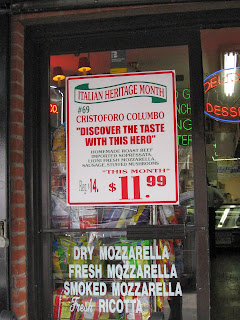 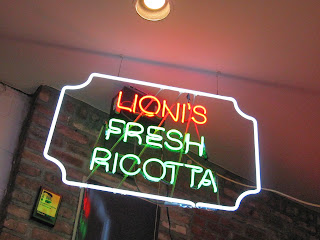 Homemade raviolis keep customers flocking from all over to Pastosa Ravioli, an almost 50-year-old Italian specialty company with this, their largest store, smack in the middle of Bensonhurst. This family-owned business started by the Ajellos has a loyal patronage. No wonder, considering they make more than 30 types of raviolis, including truffle, butternut squash, lobster, pumpkin and crab, and stock their shelves and refrigerated cases with fresh gnocchi and tortellini as well as high-quality goods mostly imported from Italy. 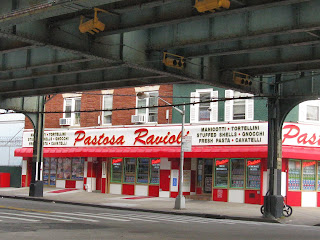 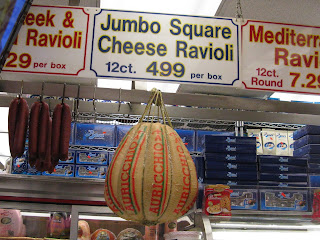 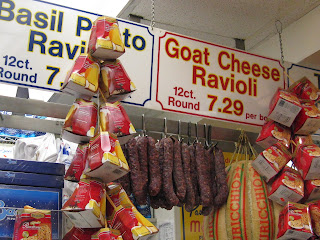 Villabate Alba Pasticceria, formed via a merger of two respected Sicilian companies, maintains its ties with the home country. In fact, with a massive ceiling mural depicting angels, and myriad statues of Jesus and Mary reigning over the interior, it does feel like you're not so far from the shores of a Sicilian village. Whether you're sipping a strong espresso, enjoying a chocolate gelato or digging into the creamiest of cannolis – or consuming all three – you'll know that this shop is about the authentic Italian experience. (Their pastry selection is impressive, to be sure, and if you're thinking of visiting right before a holiday, be prepared for massive lines.) I'm a cannoli aficionado and found the creamy texture and light flavor of the filling, and the flakiness of the shell to reflect the best cannoli I've ever sampled anywhere in the U.S., and on par with those I discovered when bicycling around Italy. 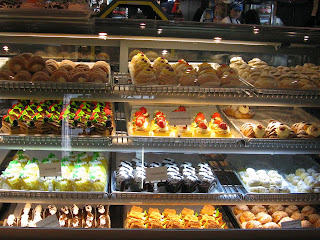 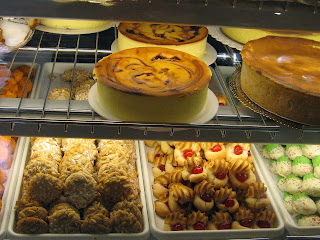 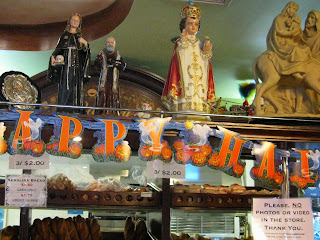 Posted by J The Travel Authority at 10:49 PM