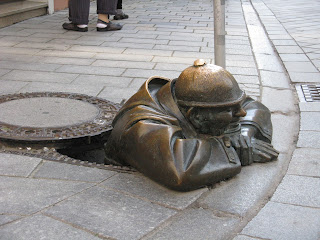 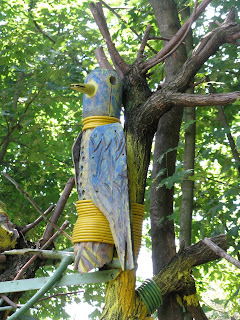 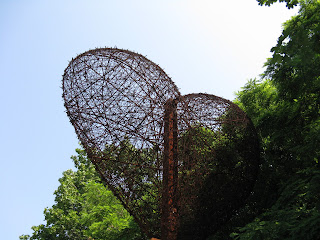 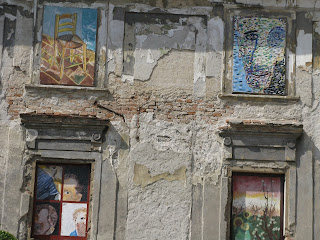 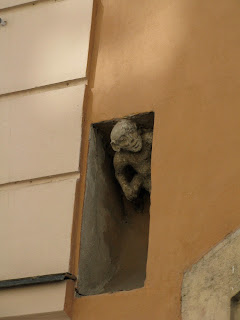 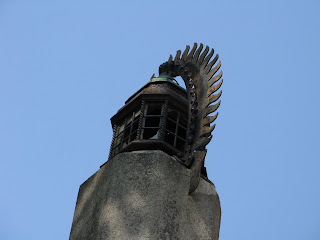 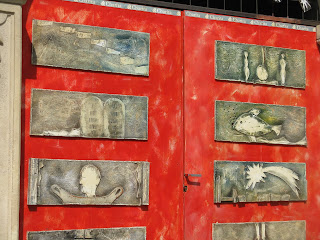 Posted by J The Travel Authority at 9:54 PM

It sounds like a lovely place to visit. Often the places where people say not to go are the most beautiful and interesting.

I have never heard of this! The photos are intriguing. Seems like a fun place for a walking tour.

Love the photos. It's nice to travel off the beaten path, isn't it?

We just missed going to Bratislava last summer, and now I'm sorry we did. Your photos are great.

Hi Brette, You are so right. When someone tells me not to visit some destination, that's a reason for me to book the next flight there.

Hi merr, I adored the city's old quarter which is wee and very walkable. I could've spent day after day exploring the cobbled lanes.

Hi Sheryl, Off-the-beaten-track travel is my favorite way to venture around the world. You never know what you'll find.

Hi Ruth, I met many visitors who were in Bratislava only for the afternoon and they regretted not budgeting much more time. I hope you get to travel there soon.

I'm such a fan of off-the-beaten-path destinations. Bratislava sounds like it certainly fits that description. Let everyone else visit the tourist favorites like Vienna or Prague, I'll take Bratislava.

I was lucky enough to spend 3 weeks in Bratislava several years ago and rented a tourist apartment in a residential area. By the time I left I felt like I was leaving my home. The city is full of cultural things to see and do. I also was warned by several people of the conditions I would find. It was great to come back and tell them they were completely wrong!

Hi Donna, It's amazing how many people bypass Bratislava, missing all the beauty this city offers.

Hi Al, That must've been wonderful spending so much time in Bratislava. And it's funny that you were also warned not to visit or, at least, not to have any grand expectations. Certainly curious.

Great photos. We only did the day trip from Vienna and were very disappointed that we didn't budget more time. Bratislava is a great place to unwind, relax and soak up the atmosphere! Great post!

Hi Lance, Every visitor we met in Bratislava told us the exact same thing: They were in the city for an afternoon and, when they found out how cool it was, they wished they had several days there. Glad you liked my post. Thanks.

What a cool place! I love places that integrate art into everything. I've noticed that here in Traverse City over the past decade or so.

Jeanine, I was lucky enough to meet you on the train to Bratislava from Budapest and thought it wise to hunt down your article. I'm glad you enjoyed your stay in Bratislava, although sadly I can't say I agree with you! I am always keen to liberate an underdog city, however Bratislava did not win me over!
I am, however, still looking for a pair of your brilliant shoes.
All the best!

Hey Rebecca, so great to hear from you. I didn't have your contact info otherwise I would've emailed you. Yeah, I guess Bratislava isn't for everyone. But still glad we had such a fun train ride. My shoes, by the way, are Chacos. Anyway shoot me your email when you have a chance.

Hi Jane, I've never been to Traverse City abut will definitely have to check out its art scene.