Celebrating the fact that Croatia finally has entered the European Union, I've prepared a list of some of my favorite attractions -- a few are well known but most are under the radar --  in this country that's most well known for its picturesque Dalmatian coast. Bordered by the Adriatic Sea, Croatia that consists of more than 1,000 islands is most visited by cruise ship or ferry. But the landscape is also dotted with dense woodlands as well as Medieval hilltop villages and national parks, including several that are UNESCO World Heritage sites. And, of course, you don't want to miss the vibrant capital, Zagreb. 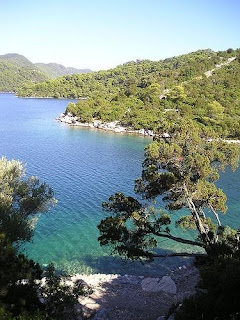 1. Dubrovnik’s old synagogue dates from the 15th century. It’s now a museum but it’s also a functional synagogue, though services are infrequent. It’s still an unexpected venue on a side street and worth checking out. They’ve got a lot of interesting religious artifacts, including a 13th century Torah.


2. Art aficionados in Zagreb shouldn’t miss the Modern Gallery that displays contemporary art as well as the expansive Strossmayer Gallery of Old Masters with the works of European masters dating from the 14th century.


3. In Varazdin, the Herzer Palace houses an Entomological Museum with a fascinating display of insects big and small from tiny ants to giant beetles and also some rare species.


4. Visit the hilltop town of Groznjan, an arts & music center, in the summer — there are almost daily music concerts — and plan to spend the day strolling the car-free cobbled lanes and browsing in the many stone dwellings that are now home to a wide array of art galleries and studios displaying everything from textile work to hand-painted silk scarves.


5. Alpine-like Samobor, a mere 15 minutes from Zagreb, is a small old town sliced by a trout stream and nestled against the forested mountainous slopes. Most people stop here to sample their famous samoborska kremsnita, a vanilla custard cake in phyllo dough. Even if that’s the sole reason for a visit, don’t miss the steep, short hike to the 13th century fortress ruins

6.Plitvice Lakes National Park, once occupied by Serbs during the war in the 1990s, is a magical land of tumbling waterfalls and placid turquoise lakes. To fully appreciate this UNESCO World Heritage Site, plan on spending at least four hours strolling the boardwalks that traverse the cascading waters
.
7. In Rovinj, don’t miss the small Batana House Museum that’s dedicated to this 18-foot-long wooden flat-bottom boat that’s long been rowed on the op

8. Kastav is a hilltop town that’s so quiet, when I visited I was the only one walking the streets one afternoon. The ruins of the unfinished 18th century Jesuit Church is transformed every summer into an open air theater and concert venue. This is the venue for the annual Guitar Festival and the Kastav Summer of Culture with its theater productions. July and August is also the time to see multiple art exhibits.


9. Visitors who flock to Makarska do so for its long pebble beach backed by pines and adjacent to a wide promenade. For a more off-the-beaten-track activity, drive a few minutes from the town to the ancient village of Kotisina where you’ll find a curious and very informal botanical garden set on a steep terraced slope. The wild array of plants, native to this arid region, includes pear, rosemary and asparagus. Towering above this area is the mountainous Biokovo Nature Park that’s noted for its rigorous hiking trails.


10. In Opatija, the seven-mile, tree-shaded promenade referred to as the Lungomare sees plenty of foot traffic. But few walk in either direction to the end of the road to either Lovran to the south or the fishing village of Voloska to the north. Along the way are Belle Époque mansions and villas, pebbly beaches and rocky boulders to lay a beach towel.

11. In Hvar, the old town of Stari Grad sits on a horseshoe-shaped bay where no waves penetrate. Here, you can spend the afternoon wandering placid streets and checking out the summer palace of noted Croatian poet, Peter Hektorovic.

12. On Mljet Island, you’ll pedal past fig trees and into the national park that makes up a large part of this wooded island. The isle’s signature are the two interconnected saltwater lakes encircled by pines. Sitting in the middle of the larger of the two is an islet that’s home to a 12th century monastery.


13. The farthest of the Adriatic islands, Vis, is home to U. Stiniva, a beach protected in a narrow cove and one that’s said to be one of the prettiest places in Croatia. Also Vinoteka where the family has been making wine for 200 years. Their restaurant set in a centuries-old building serves sheep cheese, anchovies and prosciutto either inside or in the courtyard that’s shaded by an old mulberry tree. From the courtyard, we saw them pressing Trebiano grapes and cooking octopus in an old cast iron crock-type pot

14. Krka National Park is lush and wet with waterfalls aplenty. Water gushes and tumbles through a canyon. There are many ways to view this watery paradise, but it’s best seen by walking the trails and boardwalks through forests dense with pine, juniper and ash. It’s easy to spend the day swimming just below one of the seven major cascades, exploring the historic artifacts, including an 18th century church made unusually of dripstone, a museum displaying a typical one-room stone house, and an old laundry building that uses the rushing river waters. There are also numerous excursions to an islet that’s home to a Franciscan monastery or go farther up the canyon to additional waterfalls.


15. Take a ferry to Uglijan Island that’s referred to as the “Garden of Zadar” for good reason. As you wander about, you’ll see that lush gardens producing an array of fruits and vegetables, from citrus and olive trees to tomatoes and grapes. The paved promenade is perfect for a stroll along the waterfront to swimming spots or to the Miramar Lounge where you can sit in a sofa swing by the seaside and sip kiwi martinis.


16. In Motovun, visit in the fall and you’ll be treated to the annual Truffle Days, a festival where you can attend a truffle auction, a feast of white truffles and sparkling wine, a truffle exhibition and agricultural fairs where, of course, truffles are sold. In the late summer, it’s the Film Festival.


17. The Brijuni National Park, Tito’s summer residence, consists of 14 lush islands, though the largest, Veli Brijuni, is the main tourist focus. It presents an unusual opportunity where you can rent a bicycle and peddle a car-free island. You’ll have the place mostly to yourself since the majority of tourists take a tourist train to the prerequisite sights. Pedal along allees of cedar, oak and cypress and then walk through the seaside ruins of a Roman villa and a Byzantine fortress.


18. Porec’s hallmark feature is the Euphrasias Basilica, a UNESCO World Heritage Site. Elaborate wall mosaics, an ornate Bishop’s Palace and remnants of what may have been a secret Christian sanctuary are all on display. You can climb a 115-foot-tall bell tower with its huge bells to get panoramic views of the town.


19. Once the haven for Dubrovnik’s rich, unspoiled Sipan Island is covered by thick pine and cypress forests. The island’s coves and woods also hide old chapels, a pre-Romanesque church, and fortresses. One bay is where Pompey’s fleet is said to have battled with Julius Cesar’s ships.


20. In Dubrovnik, the Museum of Modern Art is outside the city walls and located in a Renaissance-style villa. During my visit, three series of Picasso’s graphics (Suite Vollard, La Tauromaquia and Suite 156) hung on the walls. And the only other visitors were a small school group.

Posted by J The Travel Authority at 9:01 AM

Quite a few places I wasn't familiar with, Jeanine. Thanks for this.

By the way, just came across your byline on a Port of Call story in the June/July issue of Nat Geo Traveler. Nicely done.

Hi Kerry, Glad you liked both my Croatia post and my article in NGT. There's so much to see in Croatia. I spent a month there and could've spent another month.