My Highly Commended Travel Blog for Advice on Iceland

Among all the countries I've visited, Iceland, by far, is right at the top of my favorites list. It has everything I hold dear: pristine landscapes, nature-based activities, a capital that's brimming with culture, young chefs doing very cool things in their restaurants in Reykjavik and elsewhere in the country. Iceland is always listed as one of the top five happiest countries in the world. They do just about everything right: they were the first to take in Syrian refugees. When the government was in financial crisis in 2008, they became the only government to put the bankers responsible in prison. Iceland was the first country to have a democratically-elected female president - and she was in office for 16 years. My list of what's great about Iceland could go on. I often blog about my favorite country here. And, as a result, Asher Fergusson, an Australian with a large following, selected J The Travel Authority from among 700 around the world travel blogs as one that's highly commended for its posts on Iceland. 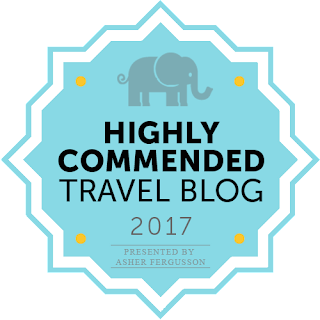 Posted by J The Travel Authority at 12:11 PM