Who knew that I would find a kindred spirit with Prince Charles? OK, you probably are thinking that I've become a bit delusional because of heat exhaustion or fatigue from all my travels through sweltering climes. But, no, this is exactly what I discovered recently while driving along dusty country lanes in Romania. 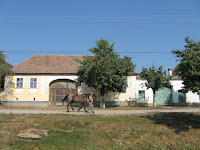 My travels in Transylvania took me to what my guide, Irene, described as "...exactly in the middle of nowhere." She was referring to the village smack in the middle of the country where time stopped. It literally sits at the end of the road, and not a paved one at that, amongst rolling hills and picturesque valleys at the foothills of Carpathian Mountains. As unlikely a place as I could imagine, Viscri is the village -- it's known for its centuries-old fortified church -- where Prince Charles purchased a rundown property several years ago. But if you think this dwelling is replete with palatial splendor, guess again. In fact, he purchased this old farmhouse -- and it's available most of the year to guests (royal or non-royal alike) as a very economical inn -- as part of the sustainability philosophy that he embraces.

Prince Charles has long been a champion of eco-consciousness and maintaining one's connections with nature. His book, Harmony, maintains that man can only advance headlong into a successful future by getting back in touch with the old ways, including our balanced relationship with the earth.

So this is how I ended up feeling a kindred spirit with Prince Charles, who has long been in love with Romania, initially because of a distant relative who had married the Romanian crown prince. And then, after visiting year after year, he saw how this land -- where the locals still made their own cheese, bake bread, knit sheep's wool garments and use horse-drawn carts for transportation -- fits right in with his eco-conscious side. 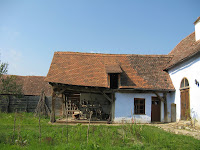 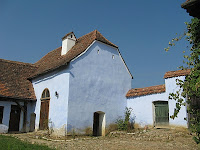 The baby blue-painted farmhouse accommodation in Viscri has a large courtyard with an old bread oven, a tool shed and a covered rough wood table where you can picnic on local products (such as crusty breads, tangy cheeses, homemade jams and spicy smoked sausages). The bedrooms are simple, as are the other petite rooms, and are decorated with antique objects and furnishings that harken back to a far earlier time. This is the ideal place to truly feel like you've left the 21st century far behind. 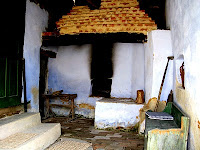 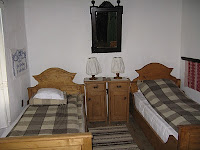 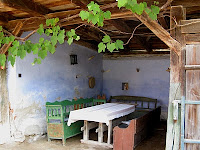 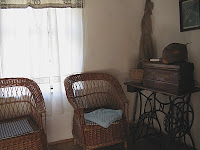 Outside the confines of the farmhouse, you'll find a gravel road where men walk their horses, women sit on benches outside their brightly-painted houses knitting socks, and a farmer sells his produce. As I strolled through this placid village lined with pear trees, I marveled at the simplicity: a dug-out log serves as a trough to water the animals; turkeys and ducks wander about, and a stork nest is perched high atop a chimney. 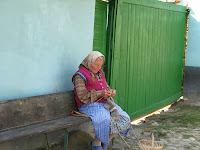 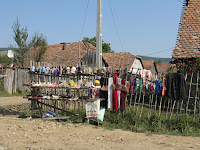 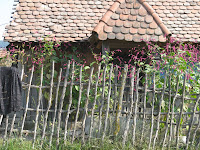 Type A person that I am, even I found it hard to feel stressed-out as I settled into the tranquil village rhythm. It wasn't until I drove out of Viscri, passing houses that displayed their knit goods on their wooden fences, that I came upon an RV caravan and a tour bus. They were all heading for the fortified church, the only reason most tourists come to this remote corner of Romania. I'm just glad I had the place to myself, if only for a brief time.

Fascinating. I knew about Prince Charles's eco direction but had no idea he took it a step further. What a great place to stay! Am I understanding correctly that you just happened to find it?

Hi Alex, Yes, I also knew about his love of nature. But I had no idea he was so enthralled with Romania, in particular. I deliberately visited this village to check out the property.

How interesting. I love the way this transports you to another era, while all around life, as we know it, goes on. Must have been a wonderful experience for you.

This is just fascinating. I had no idea he was doing this kind of hands on stuff. It looks like a lovely place.

Hi Sheryl, Yes, I found Romania to be a country full of surprises.

Hi NoPotCooking, It's amazing what natural beauty can be found in Romania.

These pictures are great, this village is so cute! It looks very calm and peaceful!

Hi Kris, I adored those hats, too. They made the perfect gift for friends back home.

Hi Christine, I could've stayed in that village a week. It offers such a welcome calming-down experience.

If I were the empress of such things, I would declare you the duchess of travel writing for this post. Fantastic find! And the picture of the home knit goods on the fence is worth its weight in words.

Hi Vera Marie, You're so kind. Thanks for your gracious comments. Glad you enjoyed the post and the photos. I loved those knit goods.

How interesting--I never would have seen Prince Charles as a back-to-nature kind of guy either. I hadn't heard of his book. Thanks for this post.

as part of his wedding gift to the Duke and Duchess of Cambridge, Prince Charles is having work done on a refurbished building at Highgrove with all sorts of sustainable aspects, which will be the couple's residence when they live there. he's also very involved in nature conservation in Scotland -- it's one of his big causes. good to know about this project, and I imagine it was fascinating for you to be there and learn about it.

Hi kerry, Wow, I didn't know about his gift to the Duke and Duchess. Totally in keeping with his sustainability philosophy. Love it.

I didn't realize Romania was so beautiful.

Hi Alisa, I was surprised as well. I found the Carpathian mountains to be most impressive with their jagged peaks, glacier lakes and ribbon-like trails.

Hi World Tour Stories, Glad you enjoyed this post. Thanks for commenting.