Unlike most everyone I know, I’m not a fan of the fall. Naked trees, cooling temperatures, darkening days are a bit of a downer.  But then I heard about an event that would put a sparkle (literally) into my weekend. So I jumped on the Metro North train for a one-hour journey to Croton-on-Hudson in the bucolic Hudson Valley, and spent the next couple of hours wandering a wonderland of jack o'lanterns. After experiencing this, you won’t wonder why it’s called “The Blaze.”


For a month each fall -- it’s been going on for 11 years -- the 18th century Van Cortlandt Manor property is transformed into a ghostly and glorious landscape, with more than 7,000 hand-carved jack o’lanterns. But these illuminated pumpkins are not simply grinning and glowering as they sit among among the grassy, rolling hills. Rather, whether they dangle overhead, are positioned near a white picket fence or atop a verandah’s bannister, or are elaborately stacked, the installations -- some with synchronized lighting -- take their inspiration from the history and landscape of the area and, specifically, the stately Van Cortlandt Manor. As I strolled about, I spotted a motley array of creepy and “comical” characters: the iconic Headless Horseman -- this is Sleepy Hollow Country, after all; illuminated elephants and clowns that are all part of the Circus Train; a giant spider web and a sea serpent; flying pumpkin ghosts; even a doomsday grandfather clock.


Not everything is ghostly. A cabinet -- it’s modeled after the house’s 18th cupboard -- of pumpkin art borrows the decorative technique from the lanterns and earthenware found in the mansion. Other pumpkins are carved with Celtic knot designs, pointing to the Irish-American roots of the Jack o’Lantern.
It’s said that the Irish would carve scary faces into root vegetables to scare away Jack, a sinful man who, after being denied entry to heaven, carved a turnip, lit a candle, and wandered the earth in search  of a place of rest. 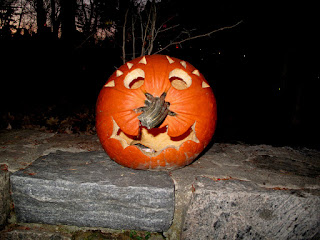 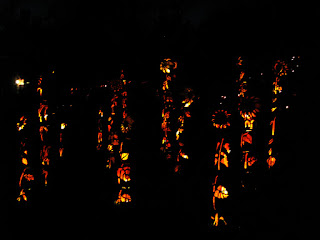 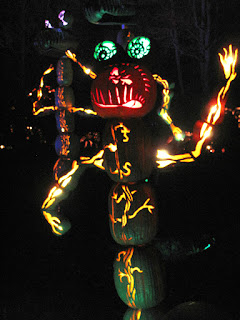 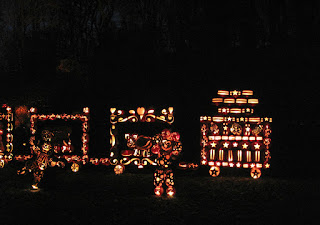 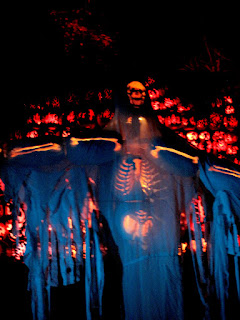 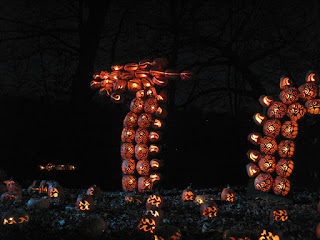 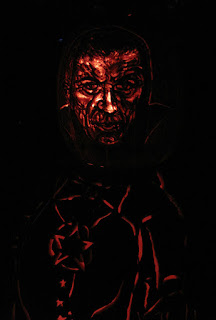 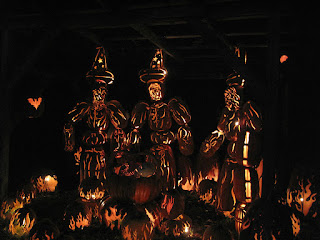 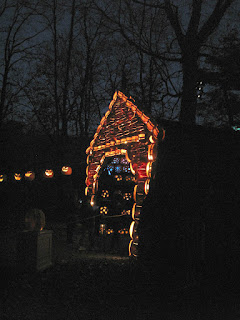 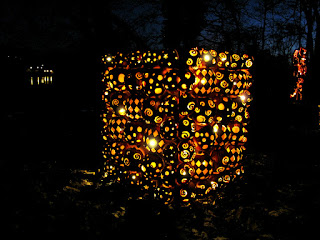 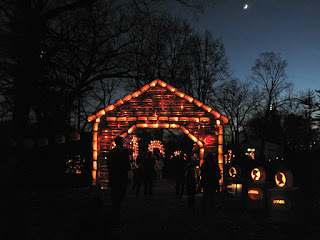 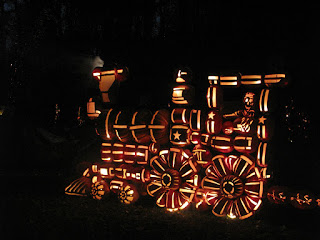 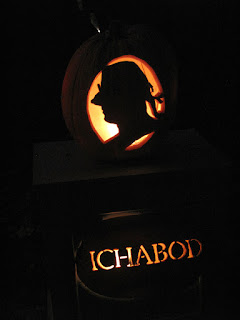 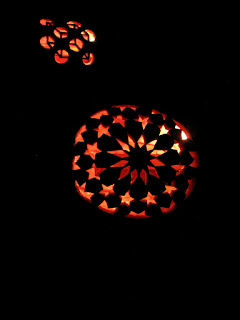 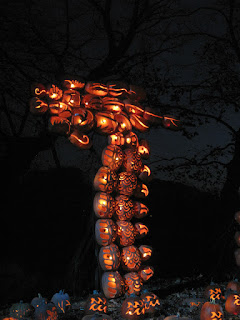 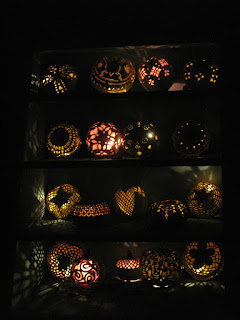 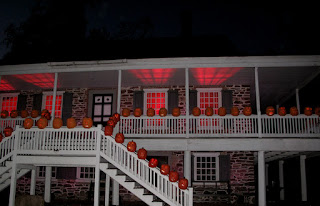 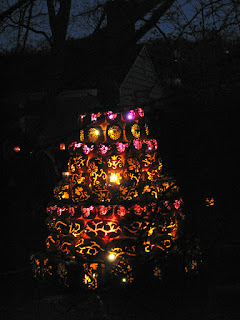 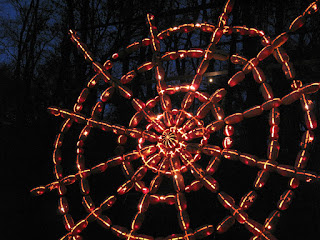 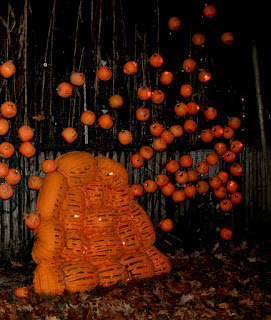 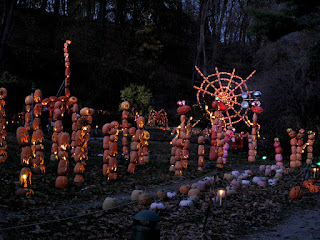 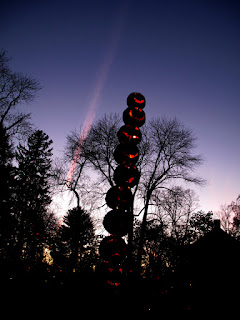 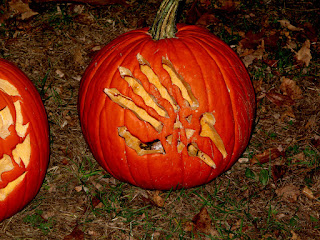 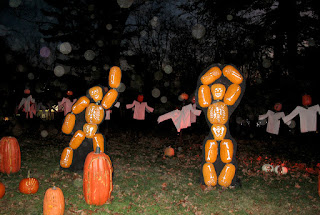 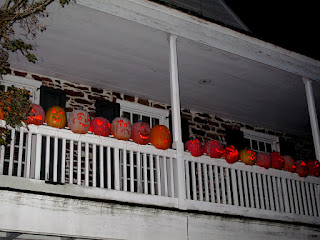 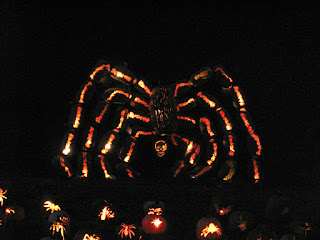 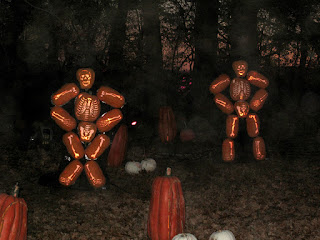 Posted by J The Travel Authority at 1:34 PM