Poor Randall's Island. It doesn't seem to get any respect, even from the locals. Many have no idea where it's located -- in the East River. Some think it's one big prison. In fact, the island is noted for its mental health facilities as well as several shelters; but no one else lives on the island. My reasons for visiting really surprised everyone: I was going to check out the wildflowers. Well, actually one weekend I rented a bicycle to check out the bridge architecture. And the next week, I visited on a weekday for the wildflower meadow tour.


The Randall's Island Park Alliance is all about promoting the environment and raising awareness of our wetlands and waterways. On this island with almost five miles of shoreline, there are some nine acres of wetlands, and a small urban farm that's open to visitors on Saturdays. (They grow edible flowers and an array of organically-grown fruits and vegetables, including medicinal herbs.)


The Alliance has a calendar of monthly events that I found enticing, including the Wildflower Meadow tour of one of two such meadows. Two horticulturists, Jill and Annie, led our small group pointing out plant and insect specimens. We learned that the Cloudless Yellow Butterfly is a great pollinator, thanks to a long proboscis that allows it reach deep down into the plant. A boldly purple hued Northeast Aster is pollinated by both bees and flies; the latter mimicking the bees in color as a way to avoid predators. Several kinds of sunflowers were also in bloom. And edible plants were in abundance, including mountain mint, the sunchoke (You eat the root, usually raw), and Anise Hyssop (With its licorice smell, it makes a great tea). With myriad colorful blossoms, fall is a perfect time to visit this garden that doesn't rely on any chemicals.

Other ecosystems found on the island are a salt marsh and freshwater wetlands which are both important as a habitat for wildlife, including various bird species. 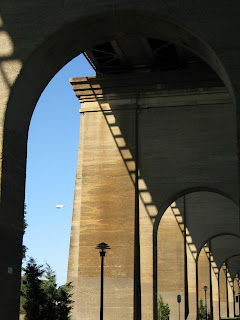 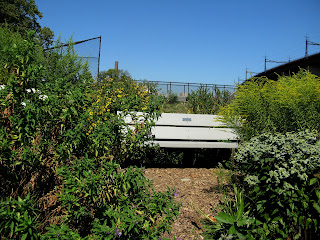 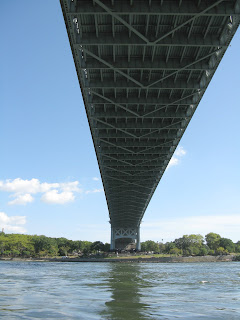 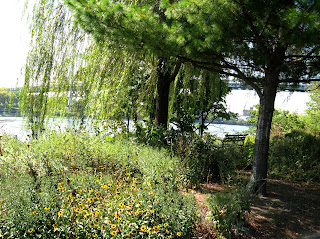 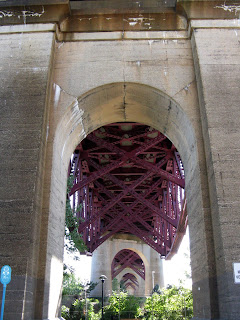 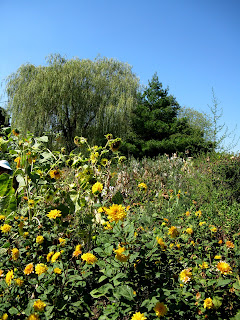 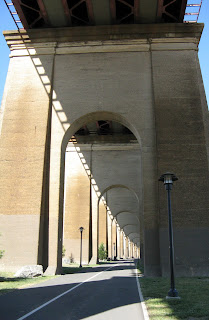 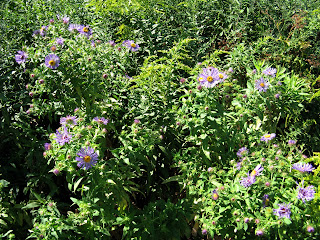 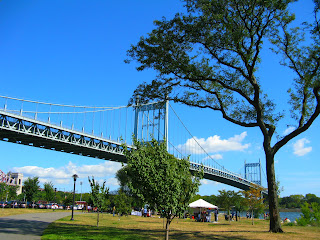 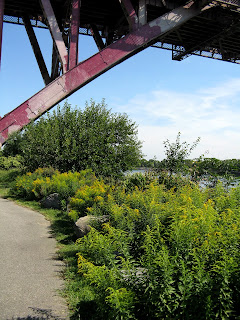 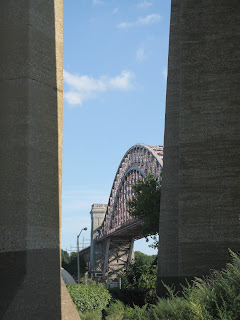 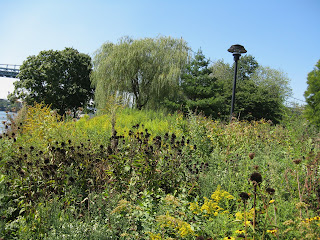 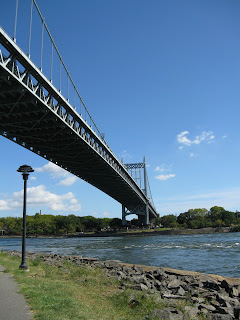 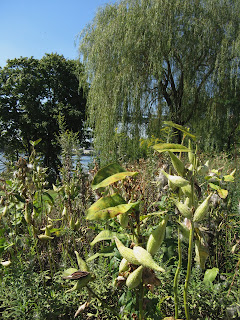 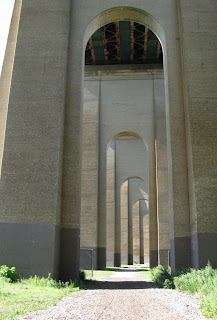 Posted by J The Travel Authority at 9:47 PM