Roaming around Peekskill's Riverfront Green Park, now draped in snow, thanks to a storm that hit just as my Metro North train departed NYC's Grand Central Terminal, I understood how, over the centuries, artists  have taken their inspiration from the Hudson Valley. Many infuse their landscapes with a sense of the romantic 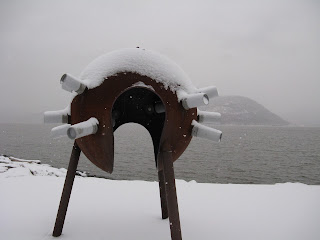 Today, I stroll Peekskill's waterfront green space as well as downtown and find both sprinkled with sculptures (installations and murals) by a retinue of artists, mostly from New York State with a smattering representing the international community. The works are varied in their themes, materials and sensibilities.

Basha Ruth Nelson's oeuvre, a 10-foot-high steel ring, is a simple, graceful form that allows the viewer to interact with it, viewing the park and the Hudson as if through a window. "The Golden Mean," sculpted by Carol A. Feuerman, is a buff, 16-foot-high bronze diver that's so infused with energy, it looks as though he will fly into the river. Nearby, Serge Onnen's Planetariummonetarium is a steel sphere resembling a space object. Farther along the shoreline is a small hut constructed of weathered steel and set atop a steel bar. This work by Daan Padmos,"Time Sharing," is inherently unstable, looking like it was just washed ashore.

In the town itself, art work appears just about everywhere you look, whether in a vacant lot, across from parking spaces, snuggled between buildings, coating an expansive facade, even set atop concrete benches. 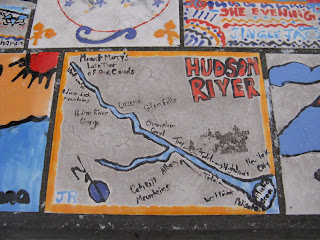 Normally the presence of convex mirrors reflects a security function. But not with Marko Remec's "What Would I Wish For," which is constructed of more than 100 convex mirrors covering two utility poles. They act as fun house-type mirrors, reflecting your image, over and over again for the narcissist in you. Another Remec piece, "Totem (Up/Down)," -- it's more than a mile away, near the Hudson Valley Center for Contemporary Art (HVCCA) -- suspends two bicycles along a flag pole, upending the idea that bikes represent the American dream. Perhaps one of the most whimsical is Leon Reid IV's "Pedestrian Shuffle," twin school crossing signs that are stepping out along a particularly ordinary Peekskill street.

With all the focus on these large works and with the snow draping every outdoor surface, it's easy to miss the series of colorful tile-covered concrete benches that lead visitors all the way to the HVCCA. The tilework, created by some two thousand school kids, provides visual representations of the history of the Hudson River and Peekskill, including English explorer Henry Hudson himself. 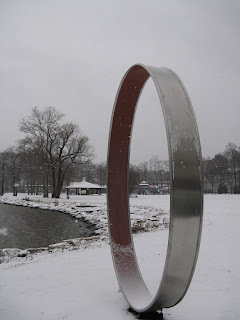 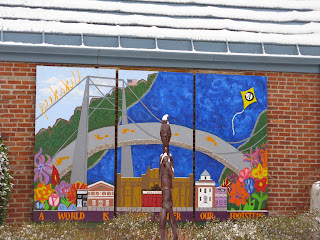 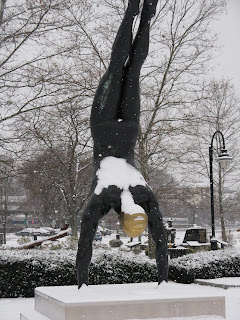 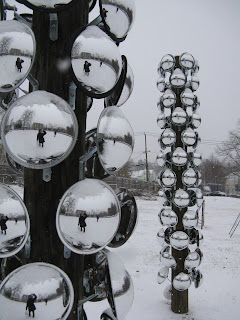 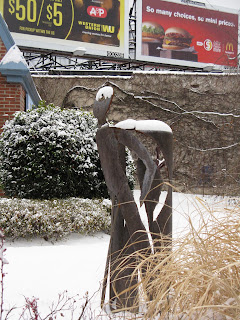 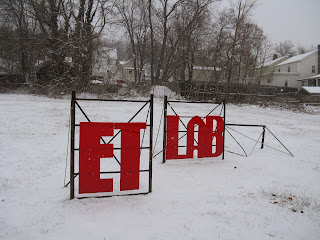 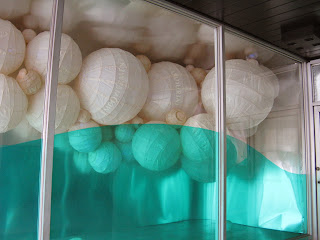 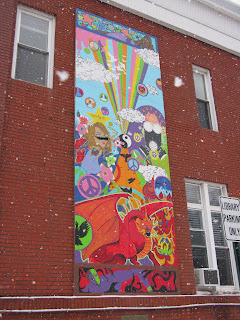 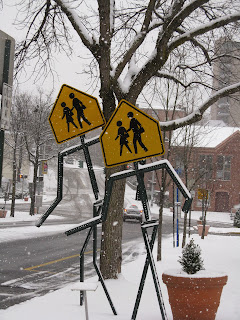 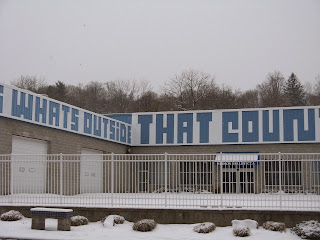 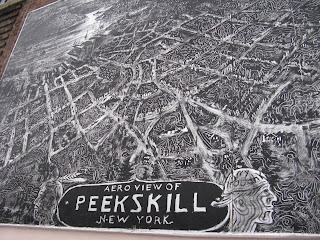 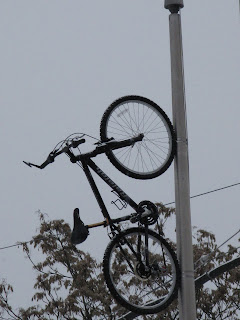 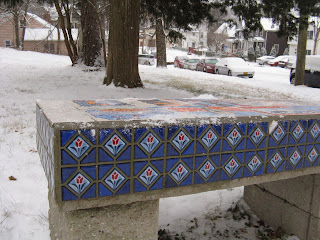 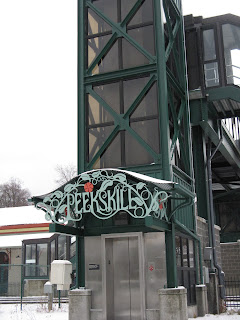 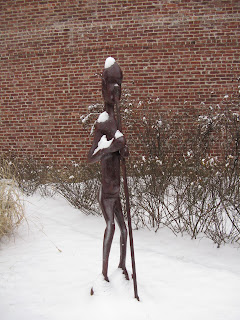 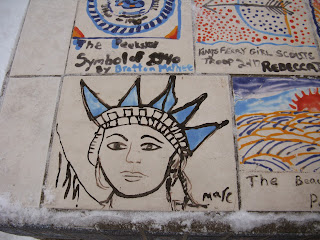 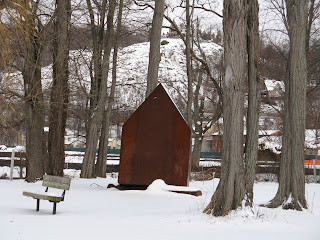 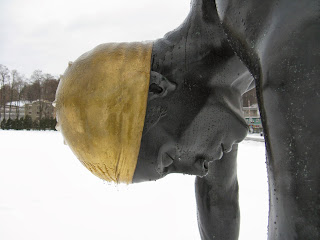 Posted by J The Travel Authority at 2:11 PM

I never realized that Peekskill is big on art. I go to Monticello in the summer and I will make sure to also visit Peekskill this summer. It looks like an interesting place to see!!!

Hi Joseph, I was surprised by Peekskill's concentration of art, also. Enjoy if you decide to check it out this summer.